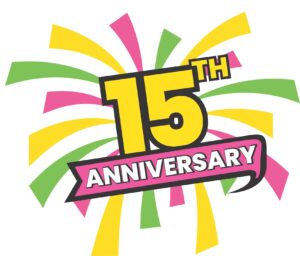 In 2023 ACP Entertainment is celebrating its 15th Anniversary. In the 15 years that ACP Entertainment has been in operation, we have serviced over 7,000 events and have had a hand in creating memories for hundreds thousands of kids and families alike. We feel like we have an incredible responsibility to continue creating safe, memorable and fun experiences for the now over 700 events that we service each year alone-and we intend to do just that.

You may be wondering, how did ACP get started and how did it get to this point in 2023? Here’s the story as old as time….well at least as old as its founder, Ryan Strayhorn. 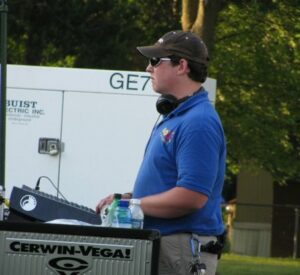 At the age of 12, a very young Ryan found a passion in DJing and “opened” a DJ business called Amplify Christ DJ Services performing at school events, chili cook offs and prayer at the flagpole events. After doing the sound and lighting for a middle school talent show, Ryan changed the unofficial company name to Amplify Christ Productions. In the midst of these years, Ryan and his dad twisted balloons at school carnivals which is where he saw inflatables that were rented to the schools. Seeing potential, Ryan once again changed the still unofficial company name to Amplify Christ Productions & Entertainment. Quickly realizing how long of a company name it was, he shortened it to ACP Entertainment which is still the name today. 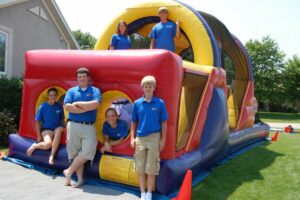 In 2008 and at the age of 15, Ryan finally convinced his parents to allow him to sub rent inflatables from another local company to start doing events. After only a couple short months of sub renting inflatables, obvious potential was seen by Ryan’s parents and they agreed to allow him to buy his first 3 inflatables in June of 2008. Later that Fall, the second batch of inflatables were purchased bringing the total count of inflatables to 6 and also severing ties with the sub-renting company. In August of 2008 Ryan turned 16 and could finally start driving to events himself instead of having to rely on his dad and in October of the same year, the company was legally incorporated.

As years moved on, more inflatables were purchased along with concession machines and carnival games. By 2013, ACP Entertainment had started producing company picnics and other events of large scale for thousands of people. Dad’s Classic Catering, ACP’s then in house catering division, was established in 2014 to better service company picnic events as a ‘Turn Key’ event planning company. In 2016, the first two real carnival rides were added, Ballistic and Pirates Revenge, which started the company in an entirely new trajectory. 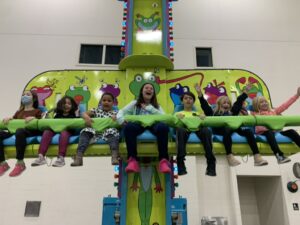 ACP Entertainment was the first to introduce many rental-only attractions for events across Michigan and even outside of Michigan. The following attractions were the first rental only attractions of their kind in Michigan; Velocity Super Slide, 40′ Ferris Wheel, Carnival Funhouse, Lost Treasures Funhouse, Frog Hopper, Midway Carnival Game Trailers and the Synthetic Ice Skating Experience. Although ACP Entertainment mostly stays in Michigan, we have also been a part of events in Indiana, Ohio, Pennsylvania, Tennessee and Florida.

If you have booked with us in the past 15 years, all of us at ACP Entertainment want to thank you for your business and we look forward to working with you this year and into the future! Here’s to another 15 incredible years of creating Memorable Events for you and your guests!